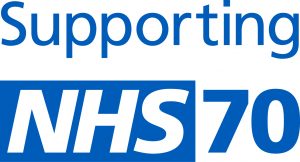 As we celebrate 70 years of the NHS, retired GP Dr Richard Sloan reflects on how things have changed in general practice since his father worked as a GP in the 1920s and 30s…

I was nearly three years old at the start of the NHS. My parents, who were both doctors, were almost alone voting for free healthcare in the Wakefield and Castleford area.

They were both very popular and my father, George, had always been something of a champion of the poor since setting up as a GP in Airedale, Castleford, in about 1923.

A house was built for him by the local colliery where he was employed as its doctor. The 1920s and ’30s were times of severe poverty and the Great Depression. My father employed a collector but many of his patients were too poor to pay. He treated them anyway, so times were hard for him in those early years.

Some people couldn’t afford to go to the dentist or the vet so my father would extract teeth and put dogs down. On Sunday mornings he undertook minor surgery, using an ether anaesthetic device, and Joan, the cleaner, tidied up afterwards. My father gave her a packet of cigarettes each week as well as her wages.

In those early days my mother Gerda, who was a German refugee from a Jewish background, was put under curfew and a policeman used to come to the house in the evenings to check she was there. She didn’t mind the curfew as it meant she didn’t have to do any home visits at night. There was no animosity towards her, I think probably because she was serving the local community.

On the first day people could register to become an NHS patient, there was a long queue out of the surgery and all the way up the street.

Not many people had telephones then so there were three places in the practice area where patients could go to ask for a home visit. One was our house where the phone was manned by my live-in nanny. Patients could also visit or phone the house lived in by the widow of the man who was the “collector” of medical fees in the time before the NHS. And there was another, a  council house where the daughter of my parents’ housekeeper lived.

It was not long before the practice built up to 10,000 patients and a third partner joined them. Between the three of them they would carry out about 60 home visits a day.

When I was a child, my parents had one half-day each week when there was no evening surgery. However, there was no out-of-hours deputising service and they were still on call. I often accompanied them to the cinema in Castleford and I remember the projectionist would flash up a message on the cinema to say there was a call for Dr. Sloan and one of my parents would have to leave.

In 1951 my mother organised a birthday party for me in the waiting room of the surgery. She saw an advert for an entertainer called Harry Corbett who performed with his glove puppet Sooty. The following year he appeared on a BBC talent show and became a popular television entertainer throughout the 1950s and ’60s. By coincidence, Sooty is sharing his 70th birthday this year with the NHS!

In the Asian flu pandemic of 1957, my parents both succumbed and were confined to bed. After a patient had been assessed by the only receptionist, Miss Gray, the housekeeper, Mrs McGrath, would come up to the bedroom and my parents would write prescriptions to be taken back to the surgery. The surgery then was semi-detached from the house with the patient’s lavatory on the ground floor of the private house.

My father died in 1967. On the day of the funeral, the coal miners came out and doffed their flat caps as the cortege passed.

My father was the first doctor in his branch of the family. There have been 20 more of us since then, mostly general practitioners. In 1978, my wife and I bought the family house and surgery in Castleford from my mother, who had retired. We had no patients at first then at 9.25am on November 1st, 1978, a man wandered in. I think he only had a cold but he was my only patient so I spent a long time with him! The practice grew from zero patients to over 5,000 and from two consulting rooms to 19 with a common room and education suite.

In my view, there have been two major advances in general practice enabled by the NHS. One was the introduction of computers in the 1980s, leading to a huge paradigm shift in preventative, investigative and curative medicine. The other has been the involvement of GPs in clinical commissioning groups which are facilitating radical new approaches such as extended hours, integrated care, telehealth and urgent treatment centres.

One of my biggest concerns is that, along with great technological advances, there is now a widespread lack of compassionate care.  This is one of the things we receive the most complaints about at Healthwatch Wakefield.

I don’t know what the reason for this is but I do know it needs to be eradicated. Pressure of work and low pay is no excuse for a lack of compassion.

Dr. Richard Sloan MBE, MB, BS, BSc, PGC, PhD, FRCGP, was a GP in Cheltenham and then in Airedale, Castleford until he retired in 2005.

He was a trainer, GP tutor, course organiser and Associate Director of Postgraduate General Practice Education (Yorkshire Deanery). He worked as education adviser and appraisal lead for the Pontefract and Castleford and then the Wakefield District NHS Primary Care Trusts from 2004 to 2010. Since retirement he has worked for various organisations and is presently chair of Healthwatch Wakefield Ltd.