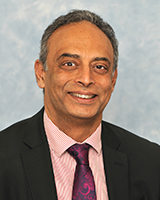 Ash Soni OBE  is a Non-Executive Director of the NAPC. He is former President of the Royal Pharmaceutical Society and was a board member of Health Education South London from 2013-2015. As a member of the NHS Future Forum’s clinical advice and leadership work stream, he was tasked with reviewing the Health and Social Care Bill. In the second phase of the Forum, he jointly led the workstream on ‘The NHS’s Role in the Public’s Health’. Ash has been part of an expert advisory board reviewing the NHS constitution. In 2016 he was appointed visiting professor at Huddersfield University. 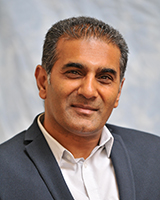 Minesh qualified in 1991 in London and entered general practice in 1996, joining a GP partnership in a total purchasing pilot. He is a GP Partner at Moatfield Surgery in East Grinstead. He took on the Mid-Sussex Primary Care Trust (PCT) lead role to adopt gold standards frameworks for coronary heart disease (CHD) and then diabetes. Minesh then became the Mid-Sussex PCT Professional Executive Committee chairperson. He has been a clinical voice in commissioning and for the last five years has been the Chair of Horsham and Mid-Sussex Clinical Commissioning Group. He led a review of Stroke Services in Sussex and chairs the Sussex Sustainability Transformation Partnership (STP) Clinical Board. Minesh has led the development of the Healthy East Grinstead Partnership Primary Care Home. 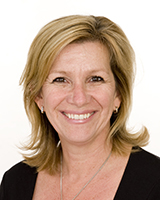 Karen has been a GP for 25 years, now senior partner in a large practice, and combines this with a senior leadership role with Dorset CCG as Assistant Clinical Chair and Locality clinical chair for Weymouth and Portland. She is part of the Senior Leader Team in Dorset for the STP and is the Clinical Lead for the Dorset Integrated Care System (ICS). She has been a leader of the Clinical Services Review team, worked on acute and community reconfiguration and is currently focussing on redesign, transformation and delivery of the Integrated Community Services and Primary Care component of Dorset’s STP, which underpins the transformation agenda. Since 2018 she has been a National Clinical Advisor for Primary care with the NHS England System Transformation team, working to support both ICS and STPs to spread innovation and new ways of working.

David originated the primary care home concept, having spent 36 years spent as a GP at Castlefields Health Centre in Runcorn, and nine as National Clinical Director for Primary Care at the Department of Health. He was also Medical Adviser to the Department of Health’s Commissioning and System Management Directorate. David is an Honorary Visiting Professor at Manchester University, as well as holding the positions of Chair of Primary Care Commissioning Community Interest Company (PCC), Trustee of Guy’s and St Thomas’ Charity, Trustee of the Queen’s Nursing Institute (QNI), Chair of London GP Out of Hours Service Forum and Co-Chair London Integrated Urgent Care Clinical Governance Committee. David is also Chair of PharmaScan for DH and Chair Halton Accountable Care System.  He was awarded the OBE in 1997. 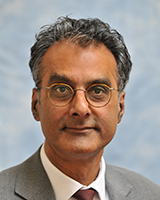 Dr Nav Chana is Chair of the National Association of Primary Care (NAPC). He was elected in 2014 and has been integral to the development and roll out of more than 200 primary care home (PCH) sites across England. Nav has been a GP at the Cricket Green Medical Practice in South West London for over 26 years. Previously he was Clinical Adviser for Workforce Redesign for the new care models programme, Director of Education Quality for Health Education South London and Postgraduate Dean for General Practice and Community-Based Education. 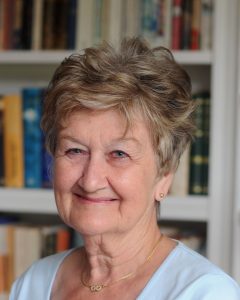 Patricia Wilkie is a social scientist and has a particular interest in the patient perspective. She has spent much of her working life as a researcher in academic departments of medicine. Patricia established patient groups in several UK medical royal colleges and was the first lay co-opted member on the Academy of Medical Royal Colleges and chairman of its lay committee. She has chaired research ethics committees, has been a lay associate at the General Medical Council, and a former assistant editor of Quality in Primary Care.  She was one of the first of two lay members of the UK Committee on Safety for Medicines and chaired the working group which established patient reporting of adverse drug reactions. She is currently a member of several NHS England committees, a board member of Lab Tests on Line, a member of the Royal College of General Practitioners Heritage Committee and a reader for the Queen’s Anniversary Prizes.

> Clinician of the Year

> Primary Care Manager of the Year

> Newcomer of the Year

> Primary Care Network of the Year

> Primary Care Home of the Year